Looking north up King Street on a misty day in December, lampposts decked out for Christmas, who could imagine that a century ago these blocks were the heart of Charleston’s immigrant Jewish life, the neighborhood dubbed Little Jerusalem where the lingua franca was Yiddish? The transformation of upper King Street into a trendy retail district known for its restaurants, hotels, and bars was temporarily halted in 2020 as the city confronted the threat of a deadly pandemic and the ongoing challenges of rising seas and its racist past.

As the 21st century unfolds, Charleston’s Jewish community continues to grow and change along with the city.

A premier destination for tourists, retirees, and high tech and manufacturing companies, the Lowcountry region of South Carolina has been developing by leaps and bounds, with subdivisions and industrial parks sprawling along every highway.

While some old Charleston Jewish families still occupy their pews in the synagogues, local congregations now include large numbers of transplants from the Northeast, Mid-Atlantic, Midwest, and beyond, as well as a smattering of people from Israel, South Africa, and the former Soviet Union. The Jewish population (estimated in 2016 at 9,500 in the tri-county area) has crossed the rivers on both sides of the peninsula, first establishing a foothold west of the Ashley River in the early 1960s, and more recently popping up east of the Cooper River with the opening of Chabad of Charleston’s Center for Jewish Life in 2016. 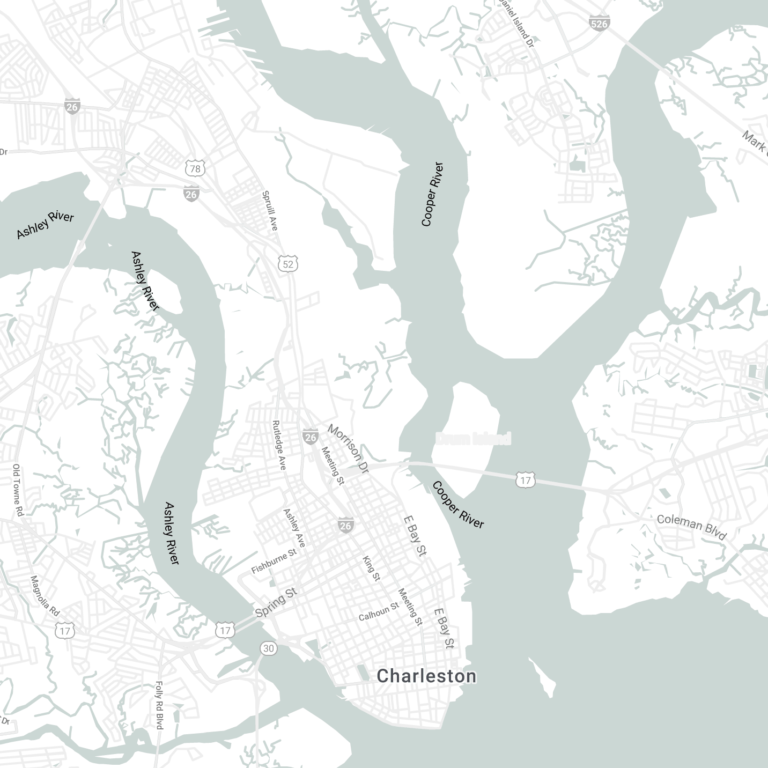 21 Synagogue Emanu-El (God Is With Us)

5 Windsor Drive
Synagogue Emanu-El (God Is With Us)