Charleston, at the turn of the 20th century, was poised to go forward into a new era; but it was also held back, even trapped by its past… [more | map]

via The Library of Congress

Charleston, at the turn of the 20th century, was poised to go forward into a new era; but it was also held back, even trapped by its past…

The old port city was still recovering from the devastation to its infrastructure caused by the Civil War, compounded by major natural disasters, including hurricanes and an earthquake in 1886. In 1901, a naval base was opened on the outskirts of town, heralding a period of economic growth that would pick up steam when America entered World War I. Politicians, businessmen, and cultural brokers made concerted efforts to promote both industry and tourism, “selling” a romantic version of the antebellum South, an exotic African American subculture, and a vast pool of low-cost labor.

Like other southern states, South Carolina was slow to benefit from the influx of immigrants that had been pouring through Castle Garden (forerunner of Ellis Island) since 1880. After the turn of the century, however, the trickle became a stream. Between 1907 and 1920 the state’s Jewish population doubled, from 2,500 to 5,060. More cosmopolitan than the rest of South Carolina, Charleston attracted the bulk of immigrants, though Columbia, the capital city, and many towns in this largely rural region received their share as well. The state’s history of hospitality towards Jews and the long established Jewish presence, dating from the late 1600s, surely eased the way for the newcomers from Eastern Europe. 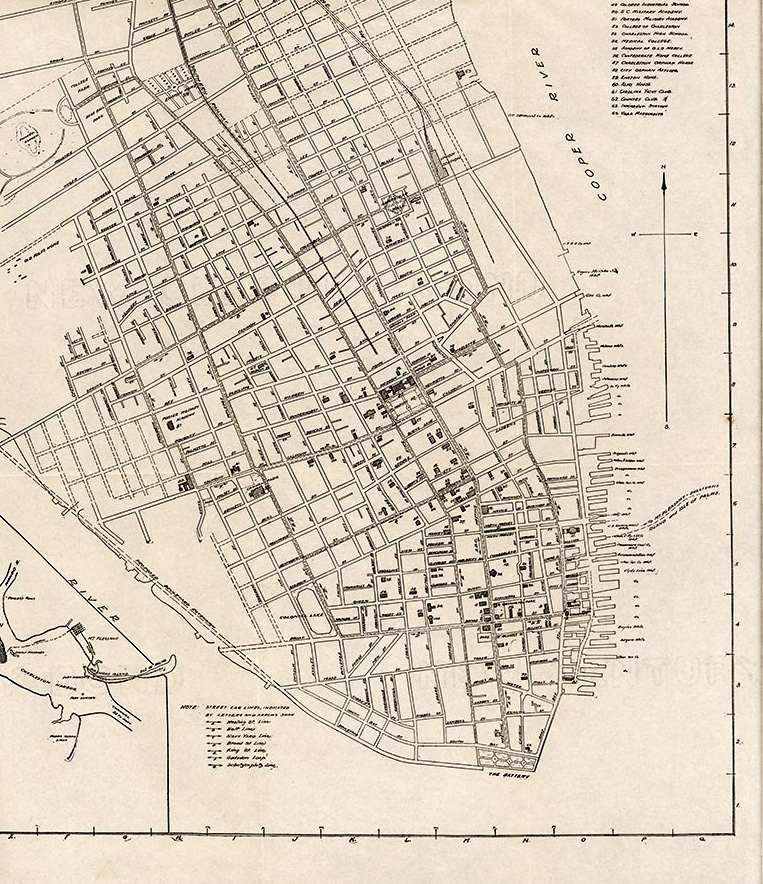